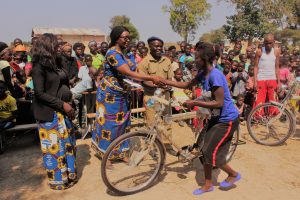 The Non-governmental Gender Organisations’ Coordinating Council (NGOCC) is an umbrella network for Non-Governmental and Community Based Organisations in Zambia active in championing women’s empowerment and gender equity and equality. In over 30 years of its existence, NGOCC has grown to be the focal point of the women’s movement in Zambia, with a total membership of 98 as at the end of 2017, spread in all the 10 provinces of Zambia and covering 58 districts. In line with its mandate, NGOCC coordinates its MOs through five-year strategic plans which articulate priorities for the period as endorsed by its affiliate MOs.

The NGOCC Strategic Plan 2018-2022 therefore forms the basis of all organisational strategic interventions for the next period in its quest to contribute to the global undertaking of the gender agenda which is anchored on the human rights approach. This Strategic Plan was informed by a number of gender instruments, national priorities and programs that would contribute to the development discourse of the country.

The Plan has been formulated on the Theory of Change Model and is well anchored on NGOCC’s envisaged change of gender equality and women’s empowerment in Zambia by 2022.  This Model will therefore work as a blueprint that will inform NGOCC’s change strategies to bring about the desired results in as far as addressing gender inequalities between women and men is concerned. NGOCC remains committed to continue building on the gains of the past years in making the organisation more vibrant and relevant to the Zambian society.

The Strategic Plan highlights the general overview of the gender context including key gender issues and their related success measures for the strategic period. Specifically, the formulation process also took into account the external environmental gender context with regard to political, economic, legal, social and technological implications. The Plan also outlines its key stakeholders, opportunities, threats and risks that may negatively impact on NGOCC’s operating environment during the strategic period. It goes on to articulate mitigation measures and the implementation mechanisms and related institutional provisions and supporting human resource structure to ensure its success.

The strategic pillars that will inform NGOCC’s interventions for the period 2018-2022 include the following five broad areas:

Throughout the Strategic Plan implementation, the legal and policy framework will inform NGOCC’s lobby and advocacy interventions. HIV and AIDS, disability and Gender Based Violence will be mainstreamed as cross cutting issues.

NGOCC, working through its affiliate MOs, envisages the following key result areas by the end of 2022:

NGOCC remains committed to championing its mandate. The Strategic Plan will be used as a basis of financial and technical agreements for institutional and program support from cooperating partners including ongoing monitoring and evaluation mechanisms.

OVERVIEW OF THE GENDER AGENDA

The gender agenda is a global undertaking anchored on the human rights approach and has been well articulated in various human rights instruments including the overarching 1948 Universal Declaration of Human Rights (UDHR). Since then global leaders have continued to publicly declare their commitment to advancing gender equality and women’s empowerment as a tool for sustainable development. These declarations have included the UN Convention on the Elimination of all Forms of Discrimination against Women (CEDAW) adopted in 1979, the Beijing Declaration and Platform for Action (BDPfA) in 1985, the Millennium Development Goals (MDGs), to the recently adopted more focused Sustainable Development Goals (SDGs). The SDGs have a gender dimension mainstreamed in all seventeen (17) goals and a specific fifth goal on Gender Equality. This broad commitment at global level forms the basis for the Non-governmental Gender Organisations’ Coordinating Council (NGOCC) continued strategy design.

At continental level, NGOCC’s mandate has been informed by the provisions of the African Union Charter on Human and People’s Rights on the Rights of Women, the AU Decade for Women 2010-2020. Further, the AU Agenda 2063 including the four AU Pillars of Employment and Entrepreneurship; Education and Skills Development; Health and Wellbeing; Rights, Governance and Youth Empowerment. The pillars are designed to ensure that as part of the Agenda 2063, African citizens, female and male are empowered to realize their full potential.  In addition to the above, NGOCC has also been further guided in formulating priorities of its interventions over the coming years by the provisions of the Southern Africa Development Committee (SADC) Protocol on Gender of 2008, Zambia’s revised National Gender Policy of 2014, the Gender Equity and Equality Act of 2015 and the 2017-2021 Seventh National Development Plan (7NDP).

Within this global, continental and national context of gender and development, NGOCC as an umbrella network organisation, was born out of the realization that the empowerment of women in Zambia needed concerted efforts. Its formation by a few women NGOs was an outcome of the United Nations Conference on women that was held in Nairobi, Kenya in 1985. Since then, NGOCC has grown to a membership of 98 organisations spread in all the ten provinces of Zambia. NGOCC has continued its coordinating role and strengthening its member organisations to enhance their relevance and effectiveness in championing gender equity and equality. In its over 30 years of existence, NGOCC has attained a strategic positioning as the focal point of the women’s movement in Zambia and is poised to utilize this comparative advantage to continue as the voice for women’s empowerment in addressing the gender agenda.

“A society where women are empowered and fully participate in social, cultural, economic and political development.”

“To promote women’s empowerment for gender equity and equality through coordinated advocacy, capacity development of member organisations and linkages with government, local and international partners.”

NGOCC is anchored on a strong foundation of beliefs and principles in undertaking its core functions. In discharging its mandate during its strategic period 2018-2022, the coordinating body and its member organisations believe in: 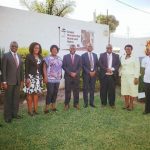 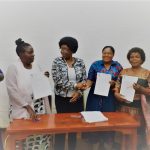 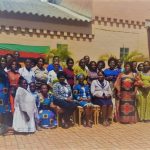 NGOCC INTRODUCES THE OFFICE OF DFPPs