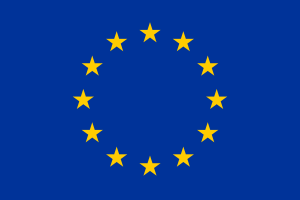 On 18th November 2020 NGOCC signed a contract for the award of a grant by European Union to finance the implementation of the action entitled: “Promoting Opportunities for Women’s Empowerment and Rights (POWER).

Background of the Action

The action focuses on four (4) gap areas which have been identified by NGOCC as follows:

Unequal distribution of income and productive resources: Despite economic growth the last decade, the majority of Zambians continue to live in poverty, especially in the rural areas. Only 29% of women in Zambia are in formal employment compared to 71% of men. Therefore, promotion of equity and equality in land administration and financial services remains one of the priorities for NGOCC.

Energy Poverty: In Zambia the household energy utilization is largely dependent on firewood, particularly in the rural areas where only 4.4 percent have access to grid electricity and 7.4 percent off-grid solar power[4]. The lack of access to modern energy services can be referred to as “energy poverty”. As the main providers of energy for the household, women supply 70% of the total amount of energy consumed in the nation[5], which makes them suffer more from energy poverty than men. Lack of knowledge is likely to be barrier also for access to off-grid electricity, which is usually the only option for women and men in rural areas. In a study from Zambia and Uganda, there was higher awareness among men (60%) than women (47%) about suppliers of solar-home systems[9].

Women’s Participation: According to Zambia’s National Gender Policy (2014), women remain largely underrepresented in decision-making positions at all levels of key institutions. The low numbers of women in decision making positions has not helped in addressing gender inequalities which continue to exist in all sectors at all levels and hence giving rise to negative implications on national development. This is despite women’s participation in decision-making has been identified as critical to sustainable development. The low levels of women’s representation in political decision making is an indication that Zambia failed to meet the provision of the SADC Protocol on Gender and Development, which aimed at a 50-50 representation between women and men in Parliament by 2015.

The gendered impact of the COVID-19 pandemic: In addition to the areas identified above, NGOCC has closely followed the development of the COVID-19 pandemic. Alongside health impacts, many countries are reporting a surge in cases of violence against women and girls (VAWG), as well as violence against children, according to UN and WHO. The increase in reported cases of VAWG since the start of the COVID-19 crisis is driven by several factors. Financial hardship due to restriction of movement affects livelihoods, especially for those working in the informal sector. Confinement at home under heightened levels of stress, uncertainty and fear, can produce stressful environments that precipitate violence. At this time, children are at heightened risk of all forms of violence, including violent discipline by family members and emotional abuse. For example, maternity wards in Zambia have reduced the number of beds as per social distancing requirements. This causes a risk to women’s maternal health as not all women will be able to deliver at the clinics and have access to skilled health professionals. This could potentially lead to an increase in maternal mortality in Zambia. In addition, the provision of many other SRHR services will become more challenging such as family planning and access to contraceptives, which could lead to an increase in pregnancies, including teenage pregnancies.

LOCATION OF THE ACTION

The Action is targeting 40 districts across 10 Provinces of Zambia. These are as follows:

OBJECTIVES OF THE ACTION

The overall objective of the Action is to: Increase the socio-economic empowerment of women and girls in Zambia.

SO 1. Increased access, ownership and control of productive resources by women in NGOCC operational areas.

SO 2. Increased use of clean energy technologies for productive and reproductive use by women in NGOCC operational areas.

SO 3. Increased participation of women in decision-making at household and community level in NGOCC operational areas.

SO 4. Mitigation of the impact of COVID-19 on women and girls.