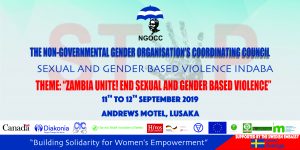 Generally, Gender Based Violence (GBV) has been on the rise in Zambia. The most affected are women and girls.
Many Zambian cultural beliefs and norms strongly perpetuate GBV. For example, the Zambia Demographic and Health Survey (ZDHS) of (2013/2014) found that a large majority of women (85 %) and men (69 %) believed that a husband is justified in beating his wife for at least one reason.

Further, the ZDHS (2013/14) reveals that 43% of women aged 15-49 have experienced physical violence since age 15 with 37% of women having experienced physical violence in 12 months prior to the survey. The report further revealed that 47% of ever married women aged 15-47 report ever having experienced physical, sexual and or emotional violence from their current or most recent husband or partner while the most commonly reported perpetrators of physical violence among ever married women are the current husband or partner (63%).
The survey also revealed that 17% of respondents having experienced sexual violence at some point in their lives; only 43% of Zambian women who ever experienced physical or sexual violence have ever sought help from any source while 9% of the women who have experienced violence have never sought help nor told anyone about the violence. The high prevalence of GBV adds to the already displaced status of women in the country.
Reports from the Zambia Police Service Victim Support Unit indicate that in 2015 the reported GBV cases were 18,088 while in 2016 there were 18,540 recorded cases of GBV. In 2017, from January to June, a total of 10,994 cased of Gender Based Violence were reported.
In view of the foregoing, NGOCC convened a National Indaba under the theme: ” Zambia Unite! End Sexual & Gender Based Violence” which saw different stakeholders converge at Andrews Motel in Lusaka from 11th to 12th September 2019. A Communique has since been developed. 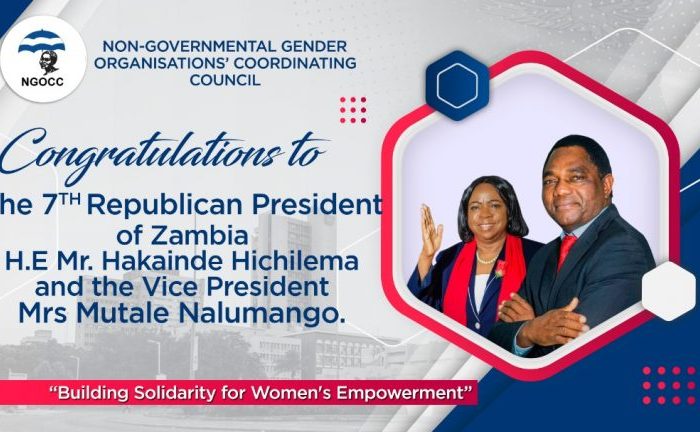 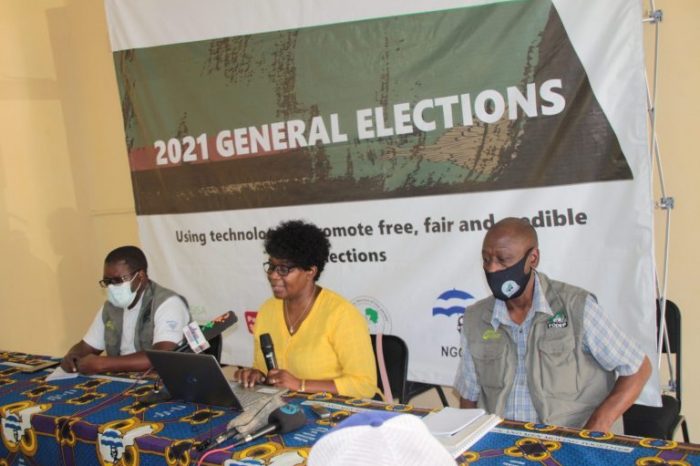 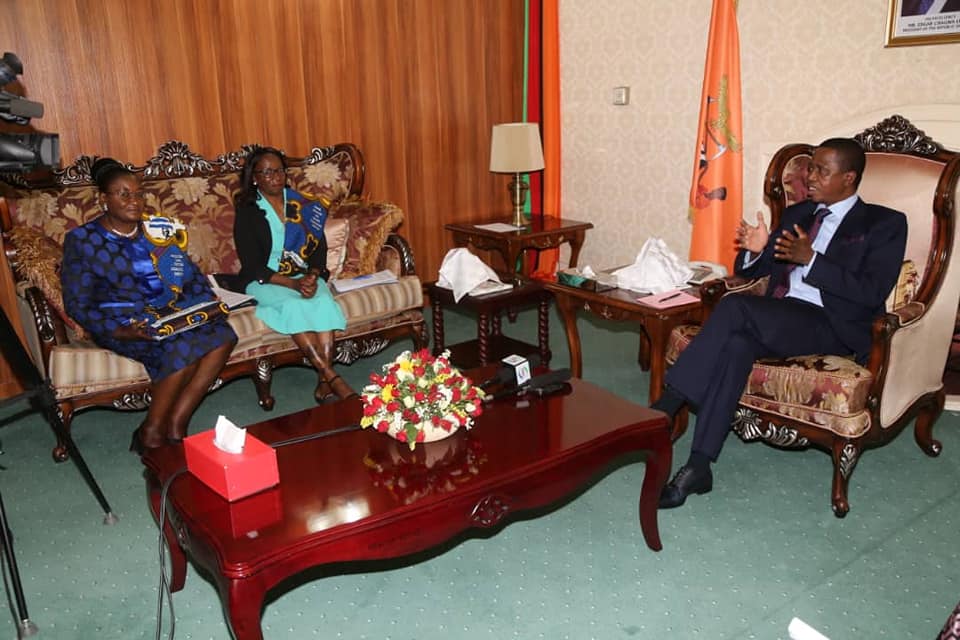 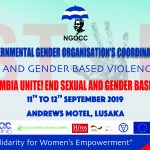