The Non-governmental Gender Organisations’ Coordinating Council says for young people to be successful entrepreneurs, they need support from the government and the private sector.

“The Non-governmental Gender Organisations’ Coordinating Council (NGOCC) joins the rest of the world in celebrating the International Youth Day whose theme is “I take the lead.” As the world commemorates this very important day, it is time to remind ourselves as a country the critical role of youths in national development, especially as leaders of tomorrow. As the nation reflects on this year’s theme, “I take the lead”, it is also imperative for the country to introspect as to what kind of a future the current generation, especially those in leadership is curving for the young people,” Ms. Mwale said.

“As a women’s movement, NGOCC remains deeply concerned with the high levels of unemployment in the country. Every year universities and Colleges are churning out graduates onto the streets that are ending up into delinquent behaviour because of lack of employment. Therefore as we commemorate this very important day we appeal to the Government to seriously address the high unemployment levels. It is high time that the country reviewed its education curriculum so that graduates are not prepared to only look for employment opportunities but to become entrepreneurs. However, for these youths to be successful entrepreneurs they will also need support from the government and indeed the private sector.”

Ms. Mwale said this year’s Youth Day theme “I take the Lead” should spur the leaders at various levels to begin to involve young people in the governance of the country. 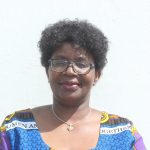