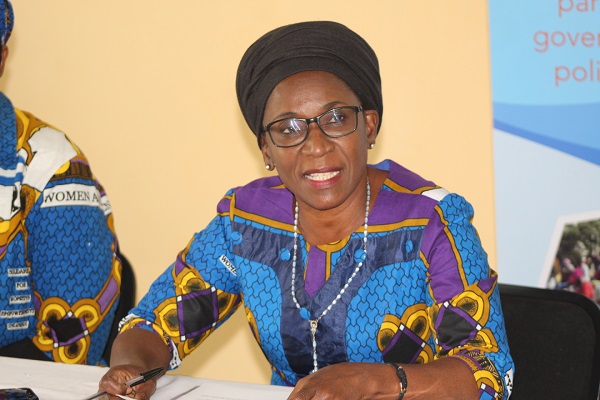 NGOCC MEDIA STATEMENT ON THE ELECTIONS AND THE ADOPTION PROCESS BY POLITICAL PARTIES ISSUED, WEDNESDAY, 12TH MAY 2021, PARTY SECRETRIAT

Members of the Press,

On Thursday, August 12th, 2021 Zambia goes to the polls to elect a President, Members of Parliament, Council Chairpersons, Mayors and Councillors. Elections are part of the democratic culture through which citizens’ participate in the governance of their country. More importantly, participatory democracy is primarily concerned with ensuring that citizens are afforded an opportunity to participate or otherwise be involved in decision making on matters that affect their lives.

We have called this media briefing to express our profound concern on the ongoing adoption processes in the different political parties. From the adoptions so far announced especially by the major political parties, it is sad to note that there is still no political will among our political party leaders to bridge the gender inequality gaps between women and men in decision making positions, especially political positions. We have noted how women have been systematically left out to run as both Councillors and Members of Parliament.

According to provisional data, an overwhelming number of women expressed interest in contesting as Members of Parliament across the country on the different political parties. Apart from the already inbuilt encumbrances, such as the Grade 12 certificate, the ongoing adoption process has yet again confirmed the entrenched patriarchy and systemic discrimination of women from participating in the forthcoming elections.

The Zambian Constitution guarantees the rights for all citizen’s participation in the Governance of the Country. The Constitution guarantees the right for citizens, women and men, to vote and also to be voted for in an election without any form of discrimination, but as NGOCC and indeed the women’s movement we continue to witness this systematic discrimination of women from participating in the governance of their country. While the 2021 Elections provide an opportunity to narrow the gender gaps with regard to women’s participation, the ensuing trends that we are witnessing are very concerning. We do not want to speak in abstract.

An analysis of the adoptions so far by the major political parties reveals a rather very sad trend where women continue to be discriminated. Our preliminary analysis of the adoptions show that only the Socialist Party (SP) seems set to meet the minimum threshold with about 68 females adopted as Parliamentary candidates. With regard the opposition United Party for National Development (UPND) out of the announced 98 candidates only eleven (11) women (11.2%) have been adopted despite the fact that a number of women applied according to the information that we have gathered. We even have a case in Solwezi for instance were a woman scored the highest but was not adopted.

For the ruling party the Patriotic Front (PF), out of the 96 so far announced only 17 females (17.7%) have so far been adopted despite the fact that women had applied in almost all the constituencies. How can a country that has recorded 53% registered women voters have less than 18 % adoptions. This is totally unacceptable. We cannot continue on this trend.

As we have stated before, this scenario is unacceptable and something must be done by the leaders of these political parties. The country is again going to miss an opportunity to reaffirm its commitment to gender equality. We keep reminding ourselves that Zambia is a signatory to a number of international treaties on the nondiscrimination of women such as the Convent ion on the Elimination of All Forms of Discrimination against Women (CEDAW), the SADC Gender Protocol.

It is high time that our leaders began to walk the talk. We demand equal representation of both men and women in decision making positions – at Parliamentary and local government level. Why should we the women continue to be discriminated in this manner? This is VERY, VERY SAD AND UNFORTUNATE.

We therefore call upon the women of this country to support the few women that have been adopted.

According to the electoral cycle, the campaign period has started today. It is our expectations that the political parties will conduct issue based campaigns. Zambians are not interested in name calling and indeed the usual malicious campaigns that characterize our politics in Zambia. The women of this country and the general citizenry are anxious to hear how the high poverty levels will be reduced, how the high cost of living will be arrested.

We urge the Zambia Police to ensure the fair implementation of the Public Order Act so that all political parties can reach out to the electorates within the framework of the new normal given the COVID -19 guidelines. We also appeal to you the media, especially the public media to accord all the political players equal coverage. Additionally, we appeal to you the media to be very sensitive and cautious in the way you churn out your stories and carry out your coverage. Careless media reporting has the potential to ignite unnecessary tension which can escalate into violence.

As the women’s movement we have consistently spoken about and have been deeply concerned about the increased cases of political violence. It was very sad to witness the recent incidences of intra party violence that occurred in full view of the police at the PF secretariat were even Journalists were injured. It is our expectation that the leaders of all political parties – ruling party and the opposition – will prevail over their political cadres to stop the political violence in the run up to the August elections.

NGOCC and the women’s movement will be deploying election observers to monitor the elections from a gender perspective. The importance of free, fair and credible elections are not only important for our country’s democracy but national development.

As I conclude, I would like to reiterate the need for legal policy reforms that will enhance women’s participation in politics. We need the quota system as clearly there is lack of political will to have us women sit in decision making spaces. 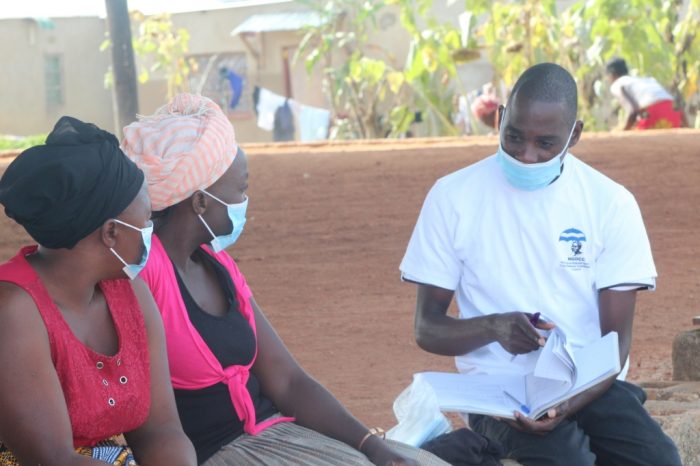 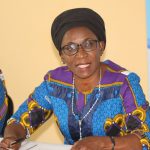