Ministry of Gender permanent secretary Ms Auxilia Ponga says women, despite the many challenges faced in rural areas, are the backbone of improving food security and eradicating rural poverty. During Women for Change (WfC) launch of the Rural Women’s Summit at Intercontinental Hotel in Lusaka yesterday under the theme: “Her voice; her strength; her security”, Ms Ponga said women living in rural areas make an important contribution in national development. “It is a well-known fact that our mothers and sisters, despite the many challenges faced in rural areas, are the backbone of improving food security and eradicating rural poverty. Not only are they leaders in food production but also take charge of care giving and are the managers of their homes and communities,” Ms Ponga said. “This year marks 10 years since the first International Day of Rural Women was observed. Ten years later the crucial role women play has become increasingly evident. For this reason, the Ministry of Gender was established to promote the creation of an enabling environment where women and girls are provided an opportunity to participate in and benefit equitably and equally from development opportunities.” Ms Ponga said her ministry was working tirelessly to create an enabling environment and holds to its mission to mainstream gender at all levels to reduce gender disparities. She said the Ministry of Gender was also working hard to contribute to the full realisation of women’s rights for sustainable development. “Today on the eve of the Commemoration of International Day of Rural Women, I am proud to report the positive results scored in Zambia in the enactment of the Gender Equity and Equality Act- a legislature that provides for progressive changes that aim to protect the rights of women and girls. Such an instrument could not have come at a better time than this when alarming reports of Sexual and Gender Based Violence cases and other forms of gender inequality are being witnessed,” Ms Ponga said. “I am aware that the summit among others seeks to provide a forum for our rural women leaders to strategize on the need to mobilise on issues that affect their development and foster collective knowledge in dealing with issues that affect rural women’s daily life. As much as women are the backbone of the rural economy, they continue to be disproportionately affected in the economic development of their communities.” Ms Ponga said women have continued to receive a smaller fraction of the productive resources that would improve their lives. “…for instance women receive a fraction of the service provided in credits, land ownership, inputs, agricultural training and information compared to the menfolk. This has negatively impacted women subjecting them to high levels of poverty,” said Ms Ponga. “In view of the World Food Day which falls the following day on October 16, after the International Day of Rural Women, issues of food security are as a result of high poverty levels seen in the debilitating effects of malnutrition especially on children.” And WfC board chairperson Dr. Rose Fumpa-Makano said the International Day of Rural Women was an opportune time for all stakeholders to focus on development interventions that uplift living standards of rural communities. “The Seventh National Development Plan (7 NDP) emphasizes government’s commitment not to leave anyone behind. Guest of honour, WfC takes this rare privilege to call upon government, other civil society organisations and indeed the private sector, to re-double our efforts to address high poverty levels rural communities are experiencing,” Dr Fumpa-Makano said. She said there was need to address human basic rights on access to safe drinking water, access to quality education and universal health services among others. Dr Fumpa-Makano said the summit would create a platform to celebrate the resilience of women living in rural communities by sharing successes scored through WfC development model that uses gender analysis and popular education methodologies. “The impact from Women for Change interventions, as will be demonstrated during this summit, is an increase in women’s economic development and food security, in an environment activated to take action against all forms of gender based violence (her security),” said Dr Fumpa-Makano. 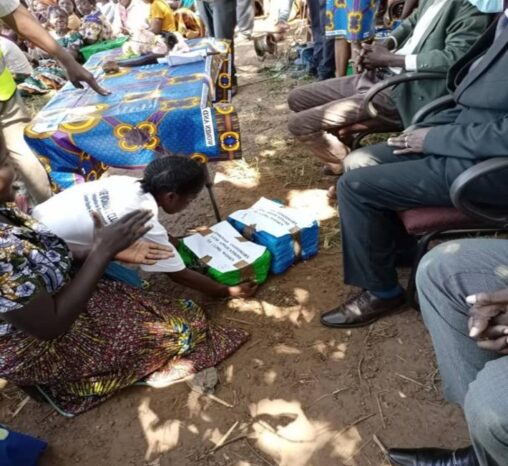 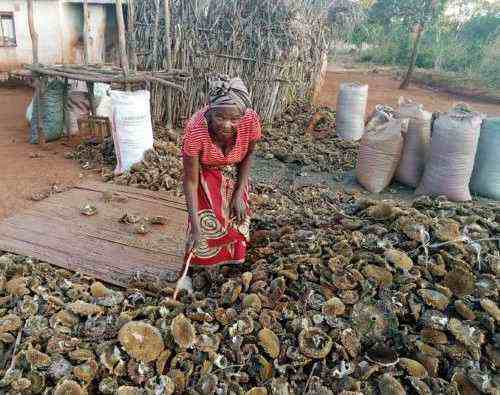 I am Now Harvesting My Sunflower, thanks to EU- Mary Manchinshi
Read Next